We offer you tested methods for removing odours. In our solutions we use neutralizing preparations both water soluble and preparations for dry deodorization. The offered range has the necessary approvals and safety data sheets, in accordance with current requirements.

Depending on the degree of intensity of the odour nuisance and the chemical composition of the polluted air, a suitable, tailor-made measure is selected. The offer includes dedicated preparations, used both in the open space and in an enclosed volume. We provide you with free advice in the field. 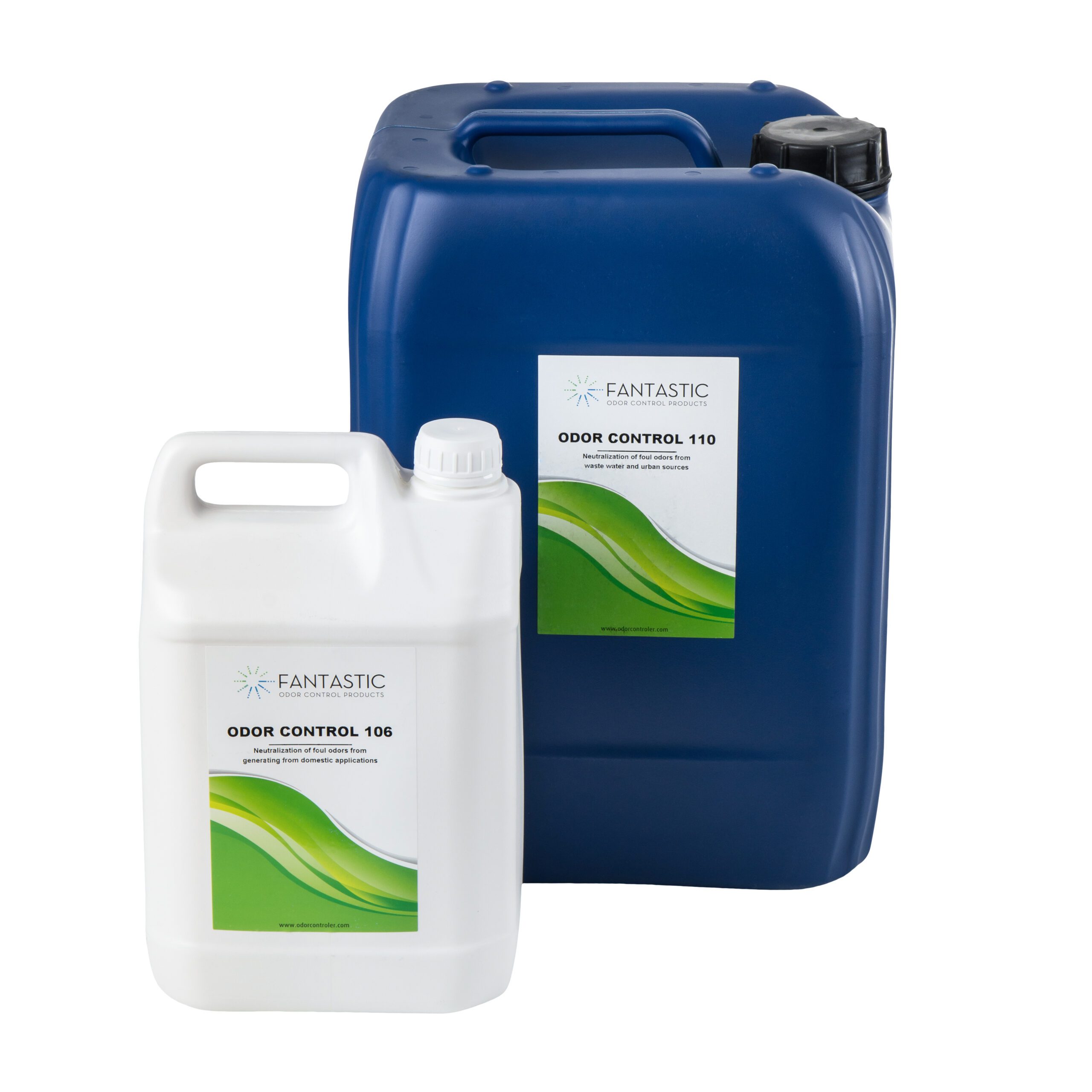 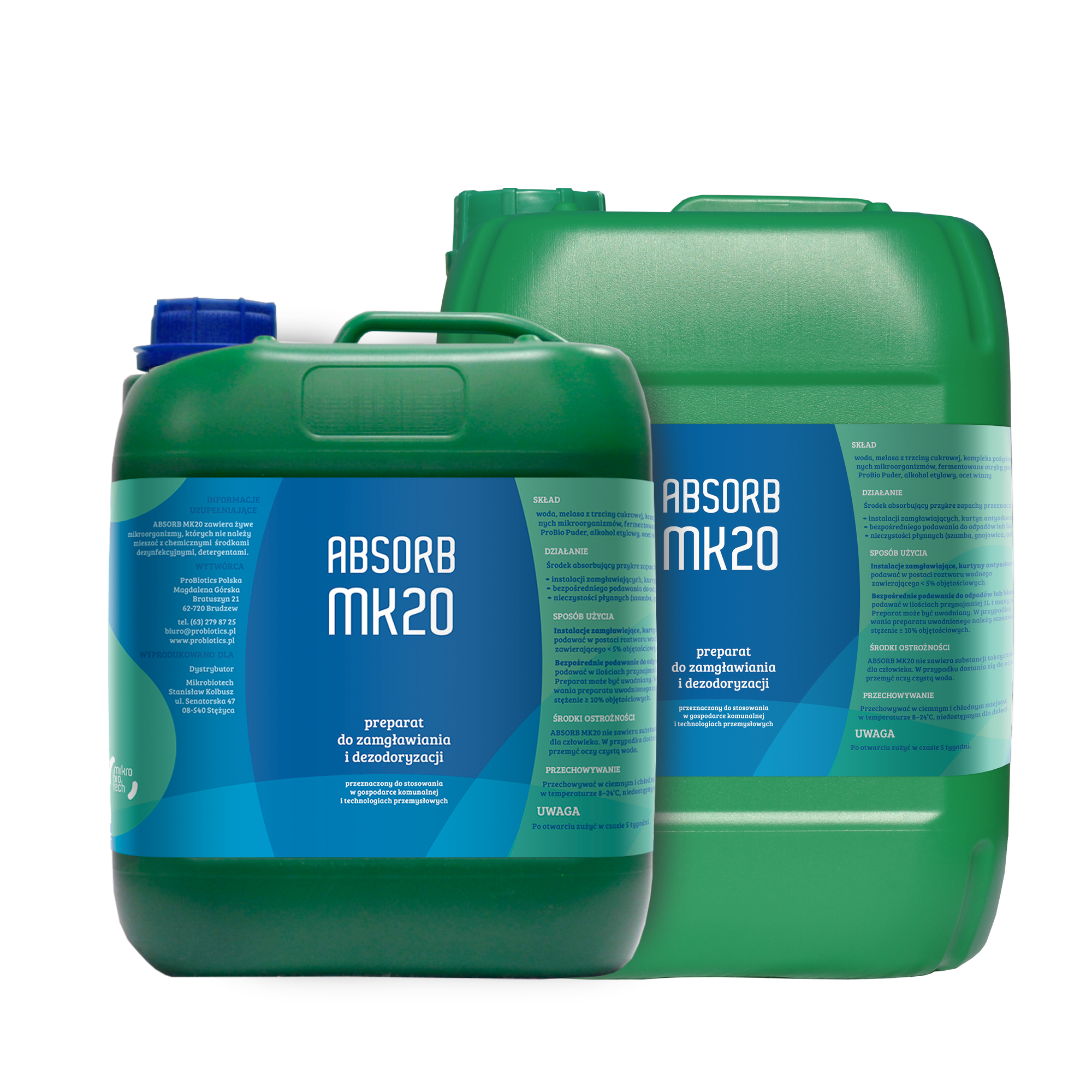 ABSORB MK20 – designed for maximum environmental and personal safety. ABSORB MK20 is a 100% natural, biological product. It is highly effective in absorbing and actively binding odorants such as NH3, H2S and volatile fatty acids. Beneficial microorganisms (incl. probiotics) found in ABSORB MK20 actively absorb and digest or precipitate odorants. The mode of action is two-fold:
(a) microorganisms capture and immobilize odorants for subsequent use as nutrients;
(b) microbial metabolites reduce odorants’ volatility – e.g. organic acids produced by probiotics bind with NH3 and its derivatives to produce non-volatile salts.

The “odor-stop” effect is instantaneous and long-lasting – both when used as a mist or topical spray. ABSORB MK20 works by actively eliminating odors, not by just masking them. Try it now and switch to 100% natural odor control. 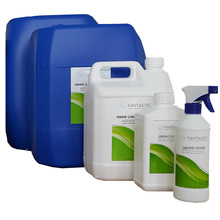 It is used when, in addition to sulfur (mainly thiol) and nitrogen derivatives, a large part of odorants are volatile organic compounds of the aliphatic and aromatic type.

DVO 107 contains active substances from groups of aldehydes, ketones, derivatives of unsaturated hydrocarbons, alcohols and ethers in proportions selected in such a way as to ensure maximum efficiency in the process of neutralising the odour properties of air.

The reactive properties of DVO 107 have been confirmed by studies on air samples with high concentrations of sulphide in the presence of other odorants with nitrogen-containing groups. The average weight reduction of odogenic compounds is more than 90%.